Anolis Cuvieri On The Prowl 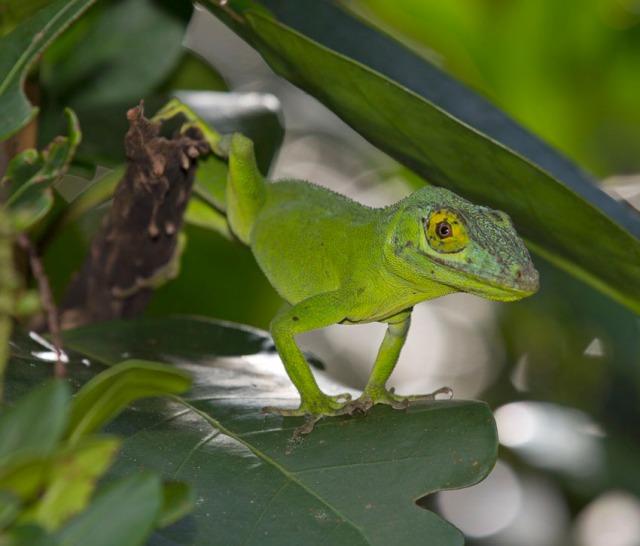 Puerto Rican anole photographer extraordinaire, Father Alejandro Sanchez (you must see his webpage here) describes these photos of a female A. cuvieri: “In a karstic forest in north-western Puerto Rico, a female Puerto Rican giant anole (Anolis cuvieri) patrols its territory in search of prey. When doing so, members of this species usually move in a very deliberate way, reminiscent of chameleons to the point of moving their eyes independently as they scan the vegetation for food or danger.  Anolis cuvieri is usually very tame, and this individual hardly paid any attention to my movements or the camera’s flash. After I finished shooting, the lizard allowed me to stroke its tail for a few moments before jumping out of reach.” He also noted that “I saw a couple of A. cristatellus make themselves scarce as this female A. cuvieri approched.”

Author and Professor at Harvard University
View all posts by Jonathan Losos →
This entry was posted in Natural History Observations. Bookmark the permalink.

2 Responses to Anolis Cuvieri On The Prowl