Light up my life 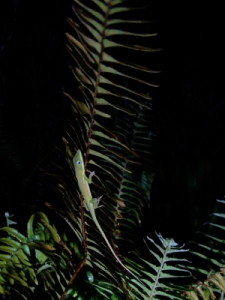 Juvenile A. coelestinus from the Dominican Republic (photo T. Sanger)

Have you ever tried to collect elusive twig anoles? What about small juveniles living in the leaf litter or dense foliage? If you are interested in these or many other hard to find species you have almost undoubtedly gone searching for them at night when the unsuspecting lizards lie sleeping on twigs and leaves ripe for the picking.  You have most likely also struggled with the decision of what light to carry during these difficult missions. From hardware store handhelds to the latest and greatest light used for international climbing expeditions, the options can be mind-boggling (as well as the price of some high end lights!). With field seasons fast approaching I decided that it would be a good idea to share some of my thoughts regarding the choice of lights used for night herping.*

My typical lighting arrangement for night herping includes a powerful handheld light that I use to spot lizards and a less intense head-mounted light that I use for catching and close-up examination of the animals.  The headlamp I use is nothing fancy (Petzl Tikka or a simple penlight) so I will focus this review on the spotting light. Regardless of your motivation or eyesight, this one piece of gear could potentially make or break a night in the field.

Where does the light come from? This seemingly basic question is likely the most important consideration when choosing a herp. light. There are several commonly used bulbs in commercial lamps, each with different lighting properties. Based on my experiences, the best bulbs are those that produce a clean, bright, white light. Halogen filled bulbs are common in many lights, but tend to produce a yellowish light that makes finding lizards difficult. Their light also tends to diffuse quickly and does not penetrate dense foliage very well. Halogen-xenon bulbs and LEDs** tend to be more expensive but produce light with the desirable qualities. The major difference between these two bulbs is burn time. LEDs are far more efficient than filament-based bulbs and typically produce quality light two to four times longer.

In terms of intensity I recommend looking for lights with 300-700 lumen output. Lights with 150 to 300 lumens are good for scanning the brush immediately in front of you but don’t perform well as search lights in a dense forest. Lights around 300 lumens are good for finding juveniles in dense brush and for spotting anoles 10-15 feet off the ground. But if you are after crown giant anoles or working in an area with a high canopy there is no substitute for a more powerful light. I have seen lights on the market upwards of 1400 lumens, but unless you are trying to create an artificial sun I feel as if these are serious overkill for many of our purposes.

On to the fun stuff, the lights! To help you wade through the many lighting options on the market here are a few recommendations.***  Mountain bike headlights, like the two from Light and Motion listed here, have become common among anole biologists, but one word of warning. They become very hot and some brands are prone to overheating. While sample sizes are small, I haven’t heard many complaints about the models listed here.

For the all around anolologist: Light and Motion Seca 700 ($499) 700 lumens maximum output with three intensity settings, 2.5 hours of burn time at maximum intensity. 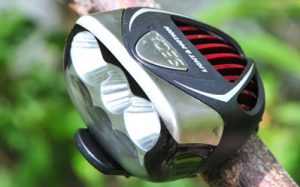 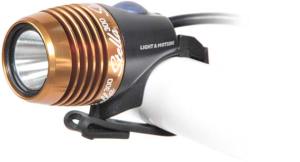 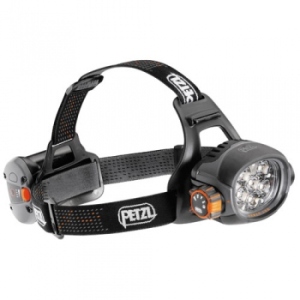 For the bargain hunter: Petzl Myo 3 ($60) While this headlamp only produces 150 lumens, it also costs well under $100 and is generally regarded as a trustworthy headlight for many outdoor pursuits. This is a good option to recommend to field assistants or to carry as a backup to one of the lights listed above. 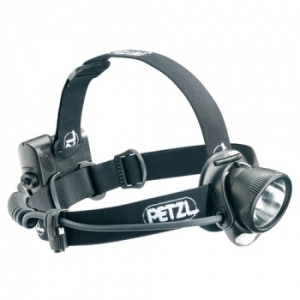 A good light can greatly improve one’s chances of collecting hard to capture lizards. I hope that this review will aid herpetologists in search of a solid and reliable herp. light.  Unfortunately, I cannot cover ever light on the market and every perk manufactures try to sell you on. But if readers have additional recommendations, experiences, or opinions please add them to the comments section below.

**LEDs, or light emitting diodes, have been around since the 1960s but have only recently gained popularity in handheld lighting. There is a lasting sentiment among many salesmen that LEDs do not produce light as intense as more conventional halogen and halogen-xenon bulbs. Don’t be fooled. They are wrong. The past several years have seen a serious improvement in LED technology and these lights can now produce cleaner and brighter lights than many other compact light sources.  Many of the major light manufacturer’s, including Petzl, Maglite, Black Diamond, Princeton Tech, and others, are all rapidly incorporating LEDs into their lineup.

***Thanks for D. Luke Mahler and Michele Johnson for help on this.

This entry was posted in Ask the Experts, Research Methods. Bookmark the permalink.

4 Responses to Light up my life